Although many technology companies claim they are Meta-verse companies, if you look through the fog of the Meta-verse, you can see that the metaverse industry already forms a tripod complexion.

The first year after Facebook changed its name to Meta, it plummeted 26%, and the market value directly wiped out nearly $250 billion, creating an enormous shrinkage in history. Not long ago, Microsoft acquired the game company, Activision Blizzard, for a staggering $68.7 billion, setting a record for the most significant gaming industry acquisition in history. So which three kingdoms are fighting each other in this Metaverse, and what kind of drama are they playing? Today, let’s start with Microsoft and Meta.

Metaverse became the top word in 2021; almost everyone knows it. So what exactly does it mean? Today I will tell you a straightforward way to understand it. In 99% of cases, **when you hear someone say “metaverse” to you, you replace the word “Metaverse” with “internet,” and it doesn’t affect the understanding of the sentence at all.

Excluding the name change, Zuckerberg also plans to spend $180 billion to build the Meta metaverse over the next ten years. Not only are billions of people active on Zuckerberg’s Facebook, Instagram and WhatsApp social networks every day, but he also owns the largest virtual reality company, Reality Labs. Everything looks good, but why doesn’t Wall Street buy it? Wouldn’t it be a logical path to metaverse for billions of users active on social networks to enter virtual reality gradually?

But Microsoft is likely to let Zuckerberg fail. Why? Let’s look at their distribution of power over a few fundamental elements that make up the Metaverse.

The first is the game engine, the building tool used to build the Metaverse. It is no exaggeration to say that game engines may be one of the most critical technologies of the next decade.

A game engine is simply a software tool for developing or running video games. Don’t think that this is something that is not elegant as soon as you hear a game. In fact, with the digital development of the world, game engines are entering all walks of life. Such as urban planning, architecture, automotive engineering, concerts, movies, etc., a lot of their work and design processes are gradually moving to Unreal Engine and Unity Engine.

For example, car dashboards with Unreal Engine, and digital twins, which have broad prospects in industries such as urban planning, engineering and construction, allow a real object to use its sensor data to create a replica in a virtual world. It looks the same, but it also behaves and responds to human interactions in the same way.

Think about it ten years later when looking back at a demo released by the Unreal five engine that amazed the whole network in 2020. Can you tell what is unreal and what is reality? And isn’t that precisely what the Metaverse wants to achieve?

Microsoft spent half of their cash buying Activision Blizzard does not intend to monopolize the gaming industry or let Xbox crush PS or Nintendo consoles. Because it is apparent that creating a monopoly in the game market is almost impossible. Sony and Tencent still occupy the top two positions, and the overall distribution is not very concentrated. What is a monopoly? In the market share of search engines, Google is a monopoly.

In a not-so-cool demo, Zuckerberg showed everyone the future of the Metaverse, where you can play with friends, attend live shows, play games and even run a business, which is his blueprint for the future build. But in reality, a thriving metaverse already exists.

It is so powerful that millions of people spend hours on it every day. In this Metaverse, people have built countless custom worlds and created many profitable businesses and thousands of careers. This Metaverse is Minecraft.

Although Minecraft is not built on blockchain technology, it is decentralized. Everyone can develop their Metaverse. You can invite anyone you like to your world, and you can go to any world you want. It doesn’t use VR, AR, etc., but the pixel-style graphics create an incredibly immersive. When I stand on the roof in the sunset, I feel like bathing in the afterglow of the evening.

John Carmack, recently said: 1
>Minecraft and Fortnite are closer to the metaverse than anything Facebook has built, or frankly, is likely to build, unless we wind up getting really lucky.

Judging by the current trend, the final metaverse form is likely to evolve from a game. Zuckerberg is in trouble because Meta does not have any larger game companies if this is the case.

Of course, the Metaverse may also evolve from another path, which is the virtual environment.

This is where Zuckerberg’s Meta comes in. His VR glasses, Quest 2, continue to sell well, with sales exceeding 10 million. Continue to maintain the No. 1 position in the VR hardware market. Consumer spending in the Oculus content market has reached the $1 billion level.

And Horizon, a VR social platform that Zuckerberg called “the core of our metaverse vision” during the company’s earnings call, saw its monthly users grow tenfold to 300,000.

Of course, Horizon Worlds has only been in use for a few months, and it’s too early to tell if the platform will be able to grow quickly. But it’s really a valid path to the Metaverse.

Maybe we started using Horizon to have a remote meeting with a colleague, but soon we want to play some games on it, then we want to chat with friends for a while, then go shopping, and finally, all your life slowly migrates to the virtual world of Horizon, and the Metaverse came naturally.

So, can Meta beat Microsoft in virtual environments?

Horizon initially targeted enterprise users. The sudden remote work requirement has made the zoom software emerge. However, after all, zoom is still a two-dimensional environment, and the experience of opening a multi-person meeting is not good. Horizon Workrooms, which was first launched in 2021, is a three-dimensional collaborative environment.

If you like the zoom-style traditional meeting interface, Teams can provide a more interesting virtual avatar instead of showing your natural face, and you can also switch between VR, AR, and 2D space at will. Meanwhile, with Microsoft’s cross-device Mesh platform for AR, VR, mobile, and PC, “Teams” will slowly grow into an increasingly rich metaverse concept.

The virtual environment is the second factor of the Metaverse. Not to mention Microsoft’s accumulated experience in enterprise collaboration over the years, Microsoft’s Azure digital twin technology, the modelling technology and user experience reflected in games such as Microsoft Flight Simulator, etc., all make Meta’s victory difficult.

The most profound difference between the two companies, Meta and Microsoft, is their business models. Essentially, Meta or Facebook is an advertising company, while Microsoft is a software, services and content company.

Of course, even if our predictions are correct, that doesn’t necessarily mean Microsoft will win. The market is like a battlefield, ever-changing. Moreover, since it is the world of the Three Kingdoms, there is still a strong player in the Metaverse who is eyeing it. He is not Roblox, known as the first stock in the Metaverse, nor The Sandbox, or Decentraland, which sells lands like crazy, but Apple.

Apple is like a mirror image of Microsoft, a software and services company with a growing hardware business, while Apple is a hardware company with an extensive services business. As an enduring company, it will never be absent from the Metaverse. Let’s talk about Apple’s Metaverse in detail later.

I’m Axton, an entrepreneur and a content creator. I believe in the power of delivering value to you, the reader. If you like this sharing please share it with one of your friends. You can also find me on Twitter and on my Chinese Blog 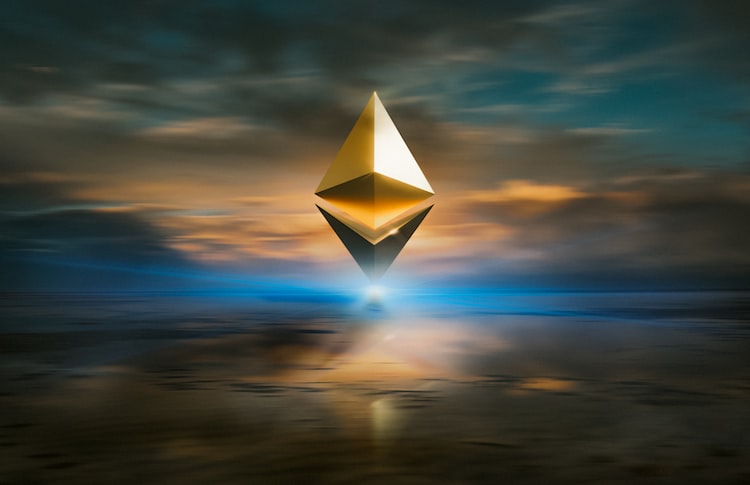 NOTION vs ROAM vs OBSIDIAN vs LOGSEQ vs WORKFLOWY. Which one is better for book note?

Today I’ll compare the various note-taking apps that have emerged from the note-taking boom brought on by Roam, which
May 6, 2022
7 min read
Apr
27 NOTION vs ROAM vs OBSIDIAN vs LOGSEQ vs WORKFLOWY 谁更适合用来做读书笔记？ 学会读书系列之三